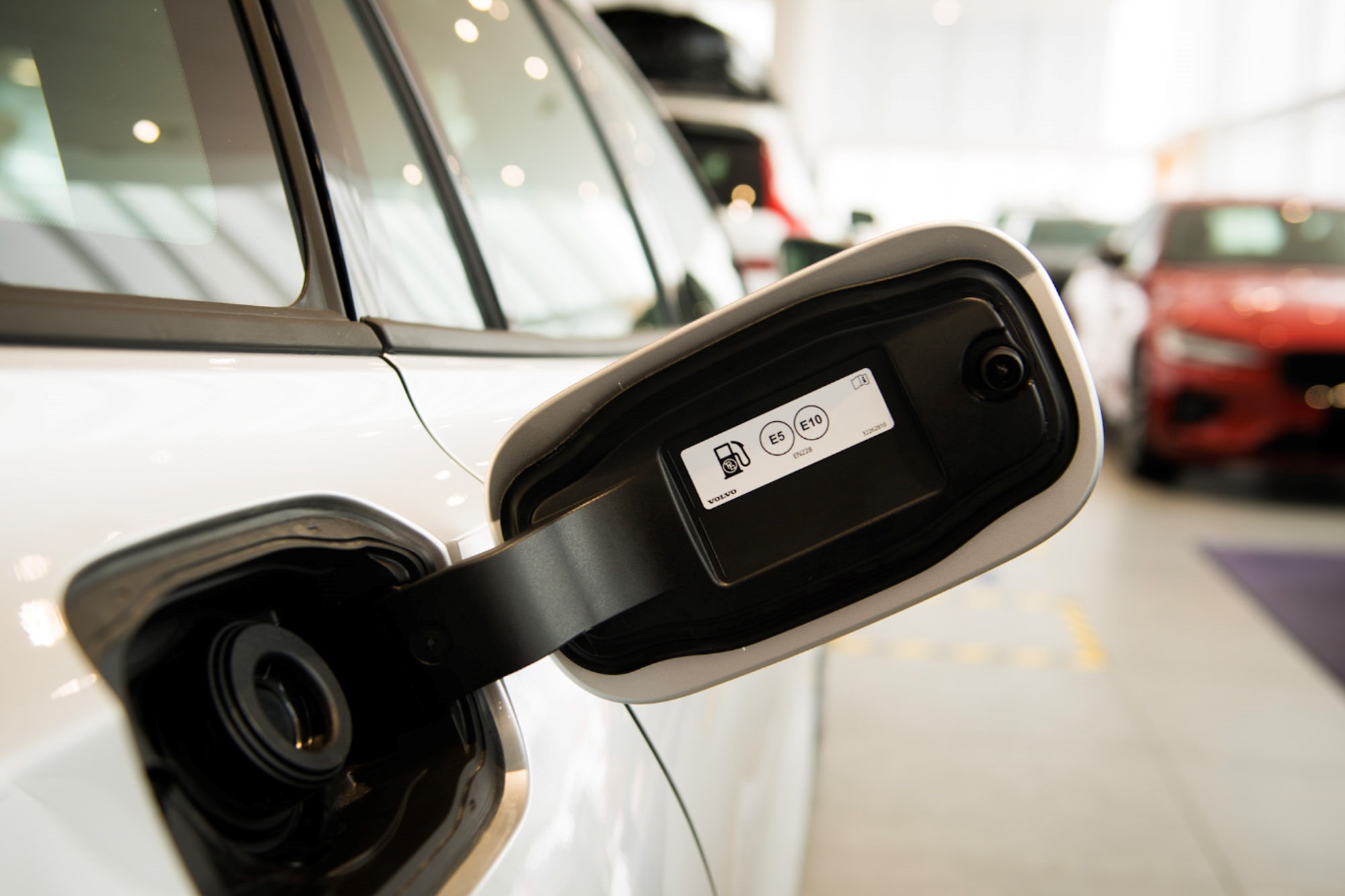 The standard petrol grade in the UK is changing from E5 to E10, which may not be suitable for some older models.

E10 petrol is unleaded petrol which contains up to 10 per cent bio-ethanol, taken from renewable sources such as sugar beet.

Current regular unleaded petrol contains up to five per cent ethanol but under the plans, this will be re-branded as ‘super unleaded’ and E10 will replace the standard unleaded petrol at the pumps.

Why is E10 petrol being introduced?

Fuels with higher bio-ethanol content produce less CO2 when burned and the Department for Transport (DfT) says that switching to E10 as standard will reduce a car’s CO2 emissions by around two per cent.

How do I know if a car is E10 compatible?

E10 petrol is cleared for use in all Volvo cars with petrol engines introduced to the market since 1976, based upon servicing and other conditions according to the equipment and
material with which the vehicle was originally equipped.

E10 petrol is not cleared for a limited number of S/V40 models with petrol engines produced in the mid-1990s with engine type 1.8 GDI.

Note: vehicles listed above should continue to use E5 petrol (standard unleaded).

What happens if E10 petrol is put into an incompatible car?

E10 fuel will not cause immediate damage to the car but prolonged use could cause long-term problems.

Increasing the ethanol level in petrol poses two main risks to older cars. The first is that as a solvent, it can cause degradation of rubber and plastic components, such as hoses, seals, fuel lines and filters. It also absorbs water from the atmosphere, potentially leading to condensation and corrosion in fuel tanks, lines and other metal components.

Volvo XC40 crowned Family SUV of the Year for a third time in What Car? Car of the Year Awards